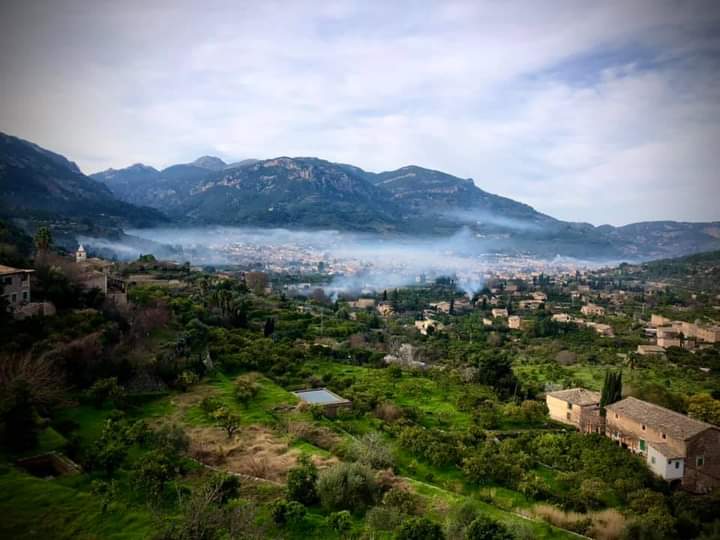 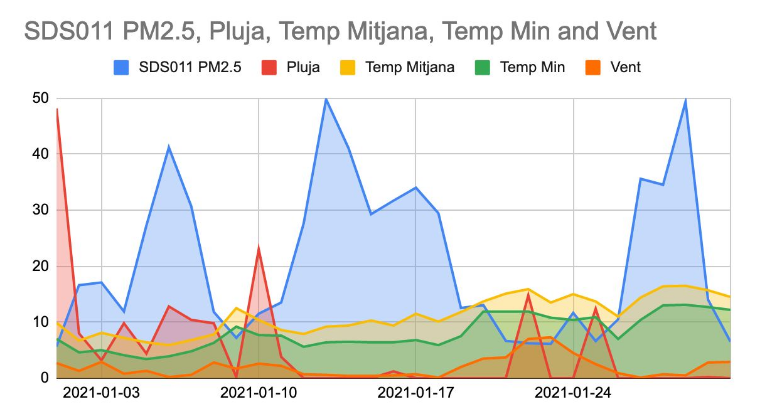 
January’s data from the new network of air quality monitors tell a story of contrasts.

The air quality, as a 24-hour average, was good on 8 days and reasonably good on 10 days. But air quality was unfavorable on 13 days, with the figure exceeding the daily limits set by the WHO (25 mg).

The average figure for Particulate Matter PM 2.5 for all stations for the whole month was 21.32. This is more than twice the daily annual mean recommended by the WHO (10 mg).

The average data obscure a picture of worrying data, however. Levels of particulate matter reach hazardous levels during a number of hours many mornings and evenings. For example on January 29, in the Horta, the level was between 200 and 500 between 08.30 and 10.30. On January 13 the figure remained above 500 for more than an hour in Plaza America.

Air quality was worse on days with no rain and low wind speeds. Both these factors were more important than average temperatures. The perfect storm is low precipitation, low wind and low temperatures.

In the below chart (Image 1), we can see the PM 2.5 level per day in January. Anything over 25 is considered Unfavorable (see Image 2). Those in sensitive groups (children, the elderly, those with asthma, or cardiovascular conditions) are advised not to spend long periods outdoors. The general population should consider curtailing outdoor activities (see Image 3).